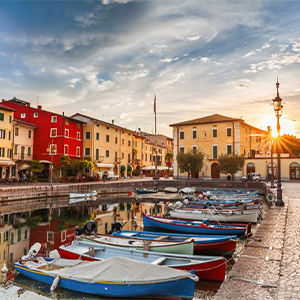 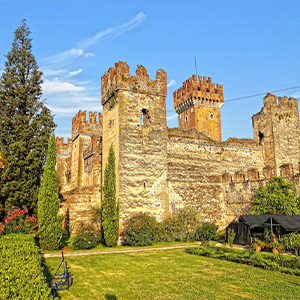 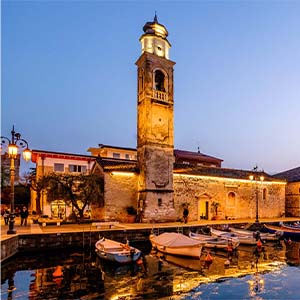 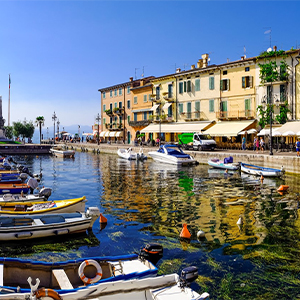 Lazise, in the Province of Verona, is located on the eastern shore of Lake Garda.
It is the oldest municipality in Italy, it was the Roman emperor Otto II who granted Lazise some autonomies in civil, economic, but also religious matters so as to be able to freely regulate fishing and trade, also giving the citizens of Lacisiense the opportunity to fortify the castrum.

Today Lazise is surrounded by the medieval walls that distinguish it, inside charming alleys and picturesque streets host typical delicatessens, restaurants, art galleries and shops.

The symbol of Lazise is the beautiful Scaliger Castle, a medieval castle placed to defend the ancient lake village of Lazise.

All the most important parks of Lake Garda are in the immediate vicinity: